Back in 2009, I took a writing class taught by Jeremy Shipp and the end result was a short story draft called “Doll Parts.” 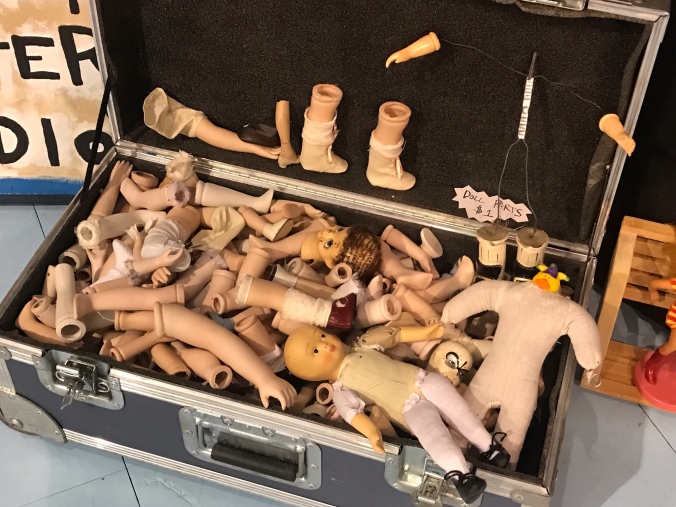 A trunk filled with what was literally labeled “doll parts.” Because we all need that in our lives.

I will say, as an aside, that if Jeremy ever teaches a class again, you should take it. My class was a lot of fun.

Some friends thought the story was great. Because it was a draft, I shared it with a writer to whom I had paid a decent amount of money (through a Kickstarter for an anthology) to review. He thought I should try to rewrite it in first person, which was probably solid advice. But I never got around to it, wasting the rest of my consultation dollars with him.

I’ve never posted the story because I thought I might be able to get it published. But the one online magazine I submitted it to rejected it. I was mortified, though I tried to tell myself that it’s NORMAL and all writers collect rejections.

If I had the energy, I’d rewrite it, but eight years later, it’s still the same story. Maybe one day I’ll post it here.

One thought on “Doll Parts”