Yesterday I took a trip to two New Jersey towns–Blairstown and Hope–that were featured in scenes from the 1980 horror movie, Friday the 13th. Both appear early in the film, when we’re following the perky and independent Annie, who signed on to be the cook at Camp Crystal Lake and is getting there on a combination of foot power and hitchhiking.

My visit was for research, as I’m working on a story about the Blairstown connection for the next issue of Weird NJ. The museum in town has hosted movie-themed events for the past three Friday the 13ths, with the next one on schedule for April 13, 2018. So the story is about those events, but also a little bit about why these locations got their screen-time in the fall of 1979.

And yes, there are spoilers here for anyone who has never seen the movie.

I re-watched the movie twice in preparation for my visits. The last time I saw it was decades ago, probably on cable TV. But back then I just watched it for the scares, and even if I was aware that some of it was filmed in New Jersey I didn’t make it my focus. So now I watched as Annie stops at some old gas pumps to pet a dog, walks over a bridge, and walks past a few storefronts that have clearly seen better days. Today, it’s much nicer and has a variety of shops you can visit, plus the Blairstown Museum. 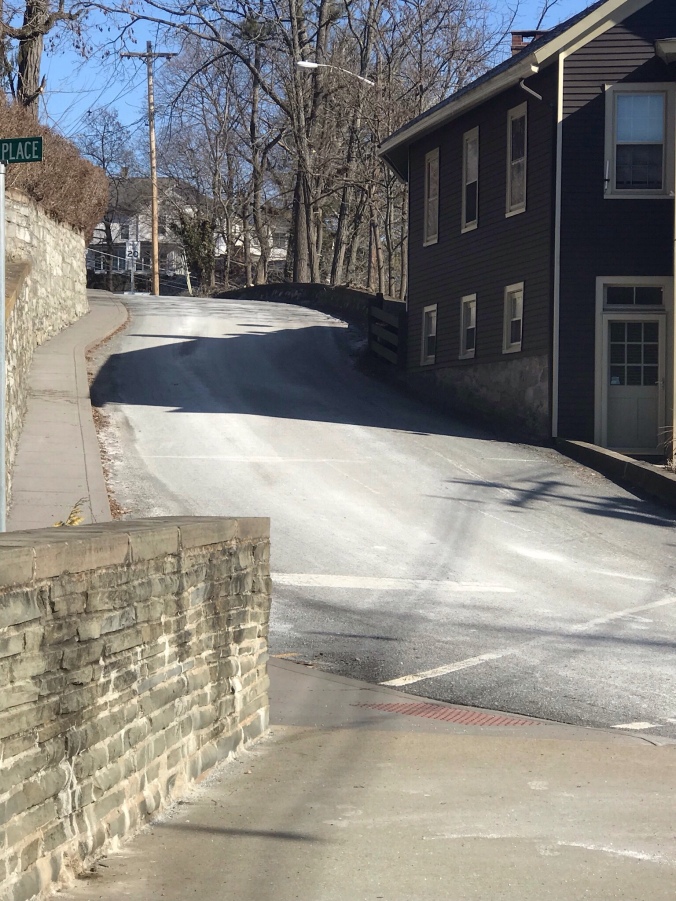 She goes through this cool walkway at one point. It looks like only the tiniest of people can walk upright in it, but it’s kind of like a Tardis.

And she walks down this street, past a performance venue called Roy’s Hall. In the movie, Roy’s Hall is painted red. 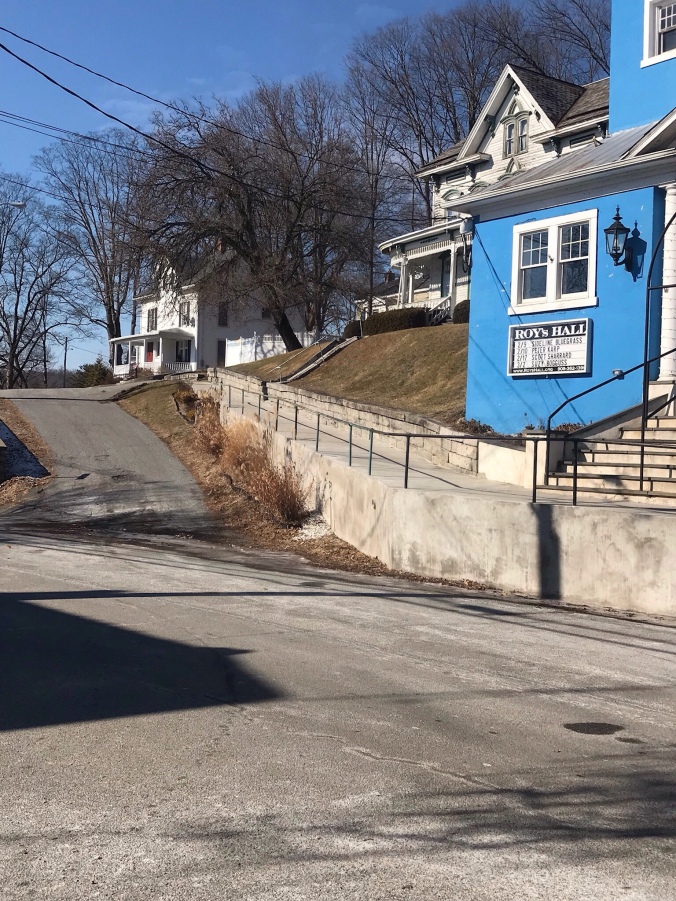 She stops in a restaurant (interior is from a location in Hope, I think) and asks how far it is to Camp Crystal Lake. The locals all look at her like she’s crazy, and one woman encouragingly refers to it as “Camp Blood.” But the friendly local oil tanker driver is willing to drop her off a little closer to her destination, so they leave. But only after Crazy Ralph comes up to them and tells Annie that she and the rest of the camp staff are “all gonna die up there.”

Annie is dropped off in front of this cemetery, which is in Hope. 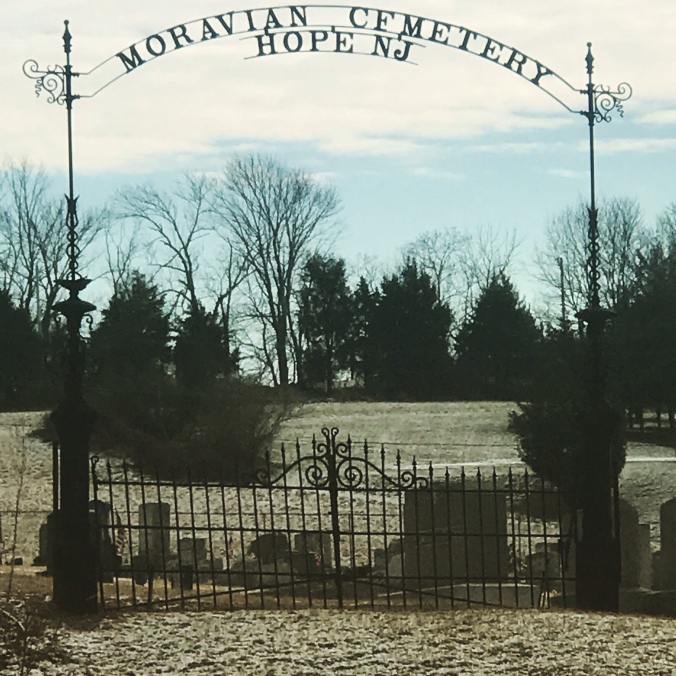 I’ve been past this spot it many times before, as a kid on my way to my grandparents’ home in Knowlton, NJ. And it never clicked in my head that it was THAT cemetery. Or that we probably visited my grandparents in the fall of 1979, when they were filming the movie (though in Hardwick – at the camp where most of the slashing takes place).

This is the last we see Annie among people she can trust. She soon hitches one last ride, and despite her sweet charm, she can’t make the driver, aka Pam Voorhees, aka the killer, aka not Jason, understand that. She’s just one of a new crop of teenagers that must die. I didn’t visit the locations where these final scenes from Annie’s life were filmed – there’s nothing really distinct about them that would stand out today. Wooded roadways are wooded roadways.

This most recent viewing of the film has established Annie’s character as one of my favorites. I suspect that if she had been a counselor at Camp Crystal Lake in 1958, she would have kept an eye on Jason.