It was a while ago, maybe two years back, when I had to stop by the Weird NJ office for some reason that has long been lost to me. But I didn’t have a key and I needed to make sure that somebody would be at the office so I could do the thing I needed to do, as I was already in transit and had to go to my full-time job immediately after. Unfortunately, I didn’t have the new office number: The magazine had moved its headquarters and their number had changed…and I kept putting off updating the number that is saved to my phone.

So I did the next best thing. I called 1-866-WEIRDNJ, which I figured somebody would be staffing, and I could ask whoever answered. And sure enough, when I called, I got Rich Moran on the phone. Rich, who is Mark Moran’s brother and someone I had worked with in the Weird office for a few years. Rich, who knew all kinds of things, relevant to Weird NJ and not. And Rich said that he’d give me the new number, and since I was driving (bad me) and could not write it down, he said that he’d text it to me.

Which he did, and I was able to call the office and make sure that someone would be there.

Rich’s text, which I assume he sent from his own cell phone, is still on my phone. I long had planned to transfer the office number to my contacts, and to add Rich’s number, even though I never had reason to call Rich. But it was one of those “just in case” things. And true to my usual procrastinating form, I still have yet to get around to putting either number in my contact list, and the text still sits on my phone.

Except now, I don’t know what would happen if I called the number that Rich had used, because he died suddenly last Friday. I assume that it was closed out by his family or a close friend, or maybe someone is still answering it to give people the bad news that he died way before the time that anyone thinks he should have had on this planet. Maybe it’s a direct line to some greater or lesser divinity, now. I don’t know. I’m not calling it.

But I do know that now, I’m conflicted about deleting the message from my message history, like doing so would be vanishing one more thing that establishes Rich on this planet as a living, breathing human being. I think I’m going to leave it, and when I do eventually get around to deleting it, it will be a somber occasion.

Rich, who was in charge of retail sales and marketing management for the magazine, is the second of my Weird NJ officemates to die way too early. He joins Sue, who was Weird NJ’s office manager and who died almost two years ago. In the second book of ghost stories that I compiled for Weird NJ, I acknowledged their work behind the scenes, and it’s an acknowledgment that I would make all over again, in a nanosecond. I will miss them and I hope to see them again one day. 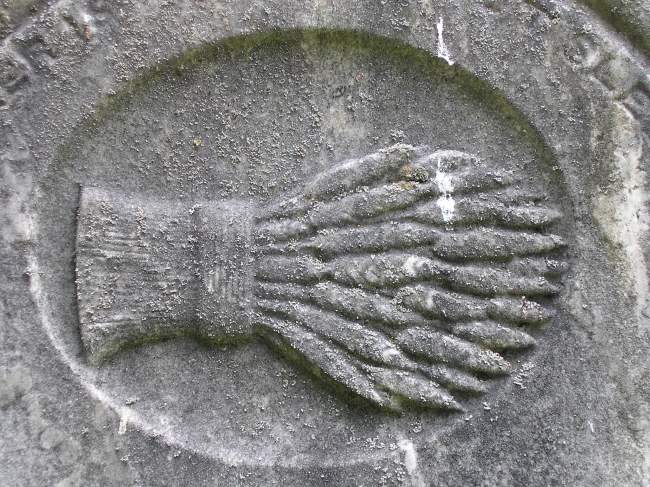